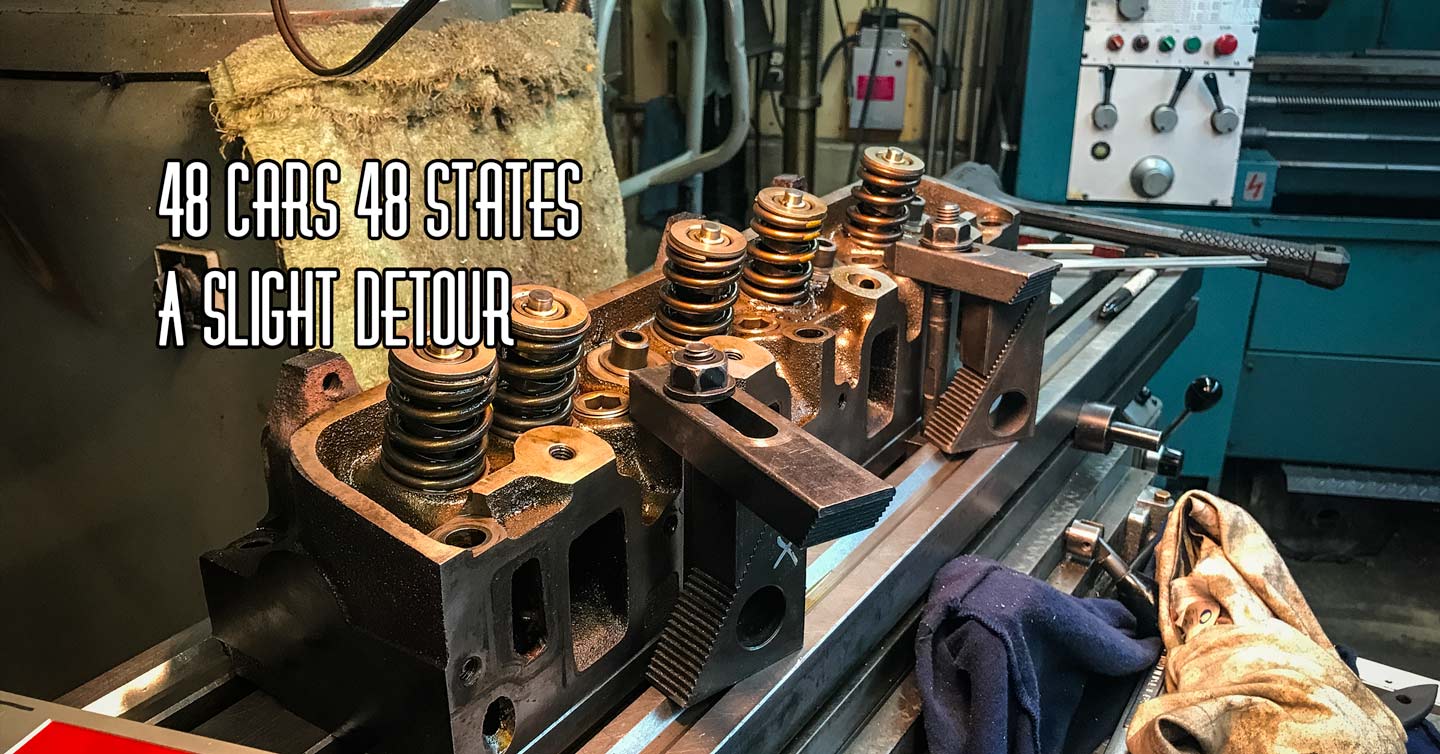 Sometimes in life, your plans don’t exactly go as you wanted…

So let’s pick the story up from the photo shoot in California. After shooting Brian’s roadster I went and got a hotel room and started looking for a shop to take a look at the engine to figure out the miss that I had. I tried pulling the plug wires one at a time while the car was running, sure enough when you pulled the #6 wire from the distributor, the engine didn’t change at all. When pulling all of the others the engine got worse, so that means the problem was with #6. So I tried pulling the wire from the spark plug, nope the problem was not with the wire. Okay, maybe it’s the plug? Nope the plug was fine.

The next morning I went to a local shop to have a compression test done. The tech came back in about 30 minutes and told me the bad news, “I’m going to be your least favorite person today… you have a burnt valve.”

Okay, well then it’s time to figure this out. I took to social media to put the word out that the trip was in jeopardy,  folks started offering all manner of advice, some good, some not. About 30 minutes later I went into the restroom and while in there I saw myself in the mirror. I saw the quit in my eyes, I saw the end of the trip right there before me. That couldn’t happen. I had to keep going, but how?

I started trying to find a way to fix the car locally, there were a few options but most were the offer of shops and tools, a great help, but I’m not enough of a mechanic for this problem. Sitting in my car in the parking lot, with the sun baking me through the windshield I was replying to texts and messages and posts on social media and starting to feel completely overwhelmed. Then the message came from Eric from the Throttlers club in Salt Lake City, I called him back immediately.

“You get the car here and we’ll do whatever we can to help you get back on the road.”

So after some deep thinking and the urging from a few that I could drive the car with the burnt valve I tried to drive a bit to see how it was working… nope, that wasn’t going to work, it was much worse already. It was time to break out a back up plan. I got on the U-Haul site and reserved a truck and a trailer. That was pricey, but it seemed the best option at the time. I would be in Utah and I would KNOW in 24 hours, just what was wrong and what to do to fix it, the next best option was to wait until Monday in CA and pay more than $450 in hotel rooms to then find out Monday what was wrong. Had I waited, the trip would have been over on Monday, this was a way to save the trip!

The truck was at one location a couple of miles away so I nursed the car up the road to the truck. Okay, where’s the trailer? Oh, it’s at another location about 15 minutes away. I hopped in the truck, drove to the other location, got the trailer, they had a truck and trailer, so I’m not sure why I was sent to two locations, then drove back to the first location to put the car on the trailer. The truck was small, too small for most people, but hell I’m a great driver so why not?!?

I cautiously took off east, up the mountains and through the Donner Pass area on the way to Nevada. A small fender bender in front of me slowed the traffic down for about 30 minutes and the truck barely had enough power to get up the steep grades at more than 55mph but I was moving, I was doing SOMETHING to control my and my trip’s destiny. Sitting and waiting be damned.

With a quick stop at the Summit Racing warehouse and store (which was awesome!) on the east side of Reno for some valves, guides, oil filter and oil I kept rolling east, into the night. Somewhere around 1 am I stopped at Elko, NV for a few hours sleep. It was a heck of a drive but there was no wind to speak of so the little truck did okay.

The next morning I awoke and got the rig back on the road, the scenery was stark and beautiful. 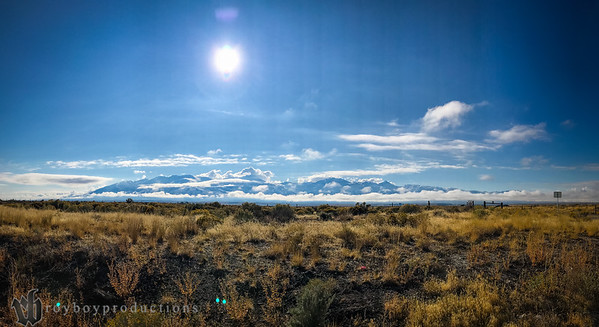 Finally around 1:30 pm I got to Timothy Elmer’s shop where his brother Kris and their father Larry were waiting  on me, we unloaded the car and pulled it into the shop. Their lives did not stop just because I broke down, various members of the family and the club were in and out due to kids birthdays and other activities but I cannot say thank enough for them to be willing to put their lives on hold to come to my aid. In short order the top end of the engine started to come off to figure out how much damage was done. What we found on the #6 cylinder was that the guide was shot, the valve was HAMMERED and the seat was destroyed, not good, I was pretty close to dropping the valve and causing major issues.

I got a message from Robert Steggell who’s nephew Jesse lives right around the corner from Timothy’s shop, Jesse had a 390 that was mine for the taking if any of the parts came in handy. We went over and grabbed the heads off of the engine just in case, figuring that 6pm was a better time to make that call to get the parts than 2am would be. These heads would be our back up plan.

Back to MY driver’s side head, we had to find a new valve seat, Summit had none on hand but had some in Georgia, not much help. Larry started going through their stash of stuff to see if by chance there were any that would work. I couldn’t believe it, a box of seats that fit a flathead were found and somehow… they were close enough to make them work! By midnight the head had the bad guide milled out then the rest of the head was disassembled so that it could be heated up while the new guide was cooled down for the install, the new hardened seat was installed and we were ready to clean parts and reassemble the head in the morning.

Sunday morning around 9am we reconvened in the garage after some breakfast. Spirits were high, feeling we had the problem FIXED! Then Larry wisely took the new valve and checked the other valve guides. Uh oh. 3 more on that head were trashed. Not a good sign, what was causing this?

After the extra damage was found Larry told us to get the other head off of the engine to check it. Sure enough, 3 more bad valve guides were found in the other head, that’s 7 total and only one has been fixed so far. For some reason Summit sold me a bunch more valve guides than we asked for, but it turns out that we could use them! Somewhere in here Throttler Eric showed up to lend us some moral support.

So now we have both heads disassembled, let’s get into the donors and see if they are worth rebuilding, maybe it would be quicker and easier to do them than do mine. As we looked into them we found that the donors did not have hardened seats installed and we didn’t have enough seats to do them. So it was back to plan A, rebuild the originals. While we were waiting for the milling and new guides to be done Kris started to take a look at the rocker assemblies, we had a spare set to look at and a little internet research gave us some great photos on how they go together. What he found was that my rocker shafts were in backwards compared to the spares and compared to the internet. Was that the cause of the issue? Only one hole of each rocker was getting oiled properly by the looks of it. I’m still not sure that this is 100% the cause but it sure looks like a good guess. You can see that the one hole that faced down towards the head was feeding oil to one hole of the rocker, but the other hole, the one up and to the left of the “bottom” hole was not lined up with the hole in the rocker.

From there it was really just a matter of tearing the rocker assemblies down, washing the parts, rebuilding them to match the spares and the photos we found in some tutorials on rebuilding FE heads and then rebuilding the heads after the guides were in. With the exception of a couple of hours for the Elmer family dinner on Sunday evening we were in the shop working until 4am Monday. Mike Elmer was there to help us that evening too.

3:45am Monday the car was back together and ready to test fire. It took a couple of tries but then it fired to life… and smoked like crazy. It turns out that when pulling the heads off of the engine we got some coolant down the exhaust pipes which had to be burnt out.

10am Monday, Kris had the day off, Larry is retired, and Timothy took a day off of work to help make sure all was well. We fired the car up and let it idle up to temp then I went around the block a couple of times. The coolant was burnt out of the exhaust and the car seemed to be running fine. A quick trip to return the U-Haul and the trailer and then it was time for a final check over of the car and get rolling again!

12pm Monday, it’s time to head out for Vegas, NV! 6 Hours between me and my next stop on the trip. 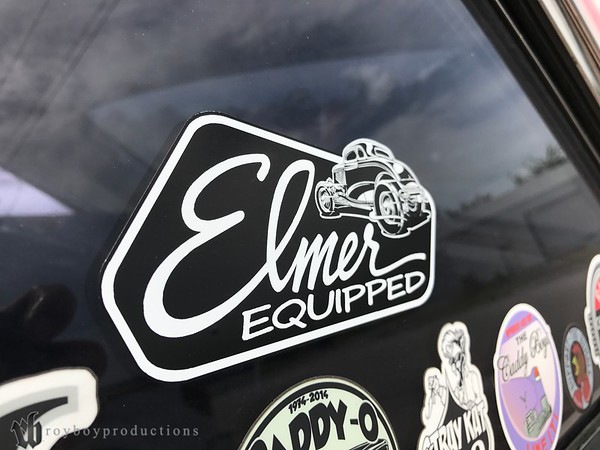 Tomorrow the story of 48 Cars 48 States continues, thanks to the tireless efforts of the Elmer family. I am forever grateful for you and your efforts to get me back on the road!