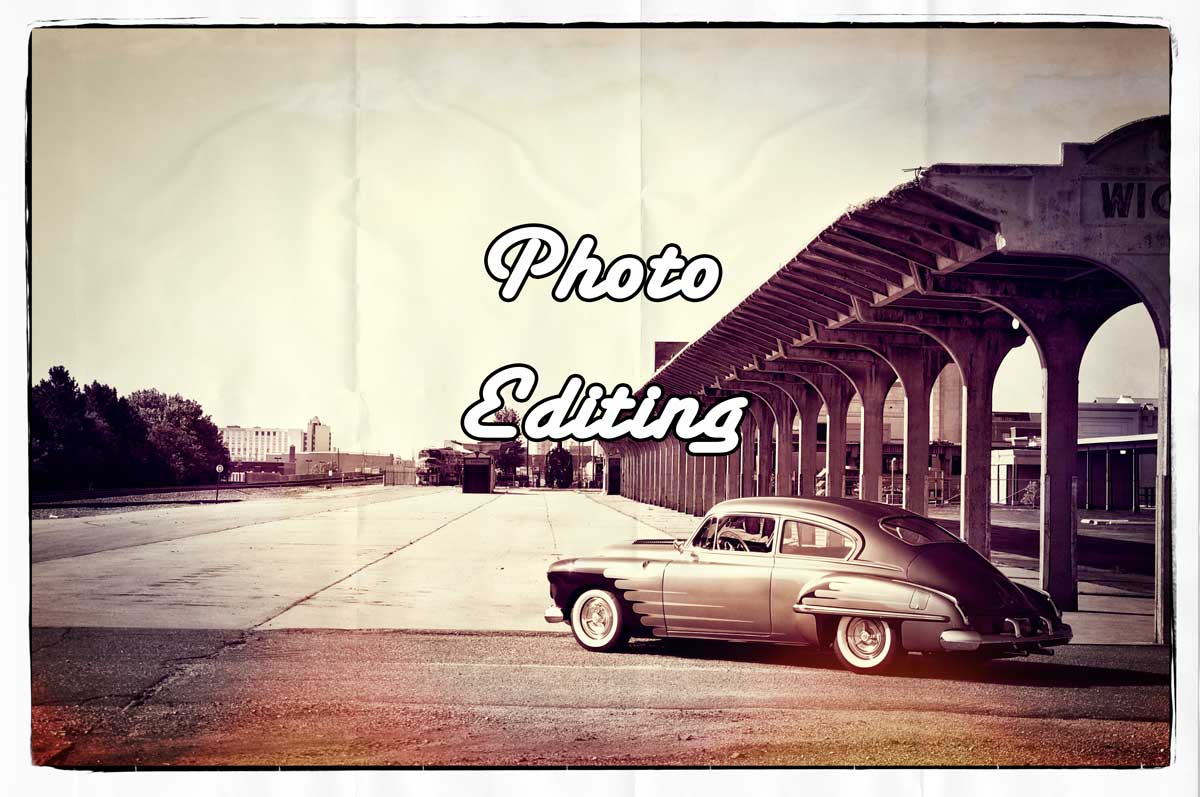 Photo editing is a major part of my process. Over the years I’ve learned things that I like and don’t like composition wise and I’ve learned to take better photos but the editing is always an important part of my workflow. I shoot in RAW for the greatest flexibility in editing, both now and in the future. The file sizes are huge and on my old computer were pretty taxing, the newer Mac Mini I built is much faster. I thought I’d give you a basic example of what comes out of the camera vs. the basic edits that I do and then a bit wilder edit. For a few years I’ve used Apple’s Aperture software as both a photo library and to do basic editing, but for more advanced edits I’ll routinely fly photos out into Photoshop, Perfect Effects, or Snapseed to get the look I am going after.

This shot is an outtake from a shoot of Doug Reed’s 49 Olds “Toad” that I was lucky enough to shoot for Car Kulture Deluxe magazine. 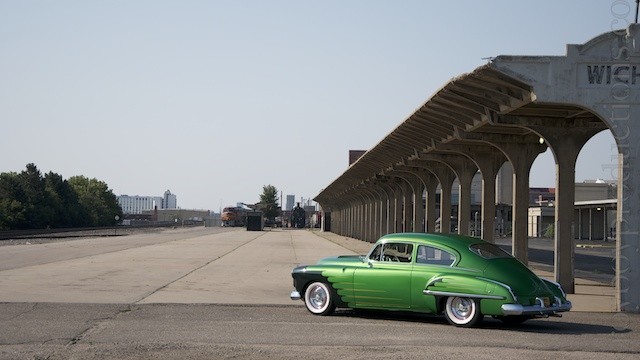 Some basic editing done here. I have certain presets that I use for different lens usage. They richen the colors , sometimes deepen the contrast, add a basic vignette (sometimes), and on this image I edited out some things that annoyed me, a lonely rock here or there, the end of some railroad rails that stuck into the bottom of the image, just small things to clean up. 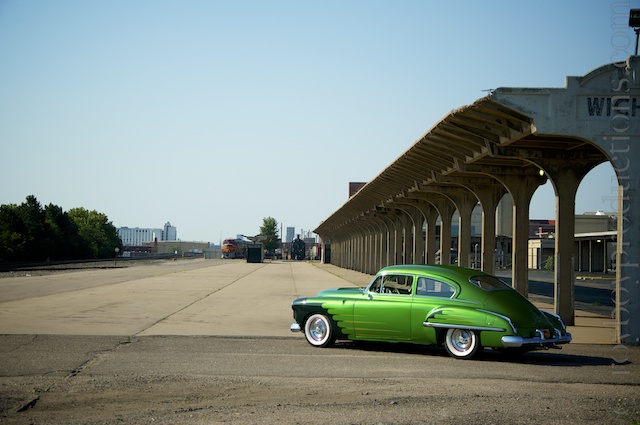 Usually this is an artistic process that is different for each photo.

If you have any photos that you’d like to have edited, send me a message here to ask me how.

Don’t forget to get your 2014 Calendar for Charity order in ASAP! They’re already going fast, once they’re gone they’re gone! 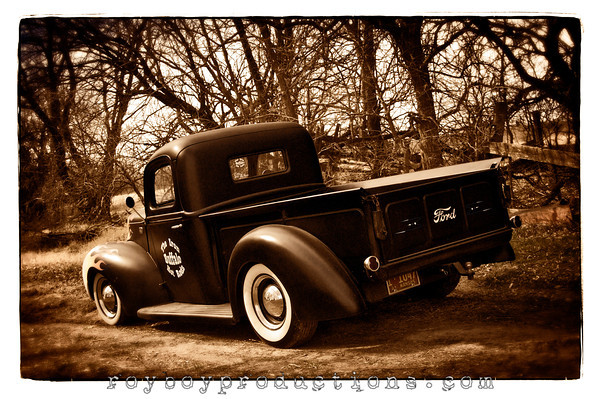 From time to time I find myself with some extra…time… kinda wrote myself into a loop there. Anyways with that extra time I usually fire up the editing software to make some adjustments to a photo or two. Sometimes the goal is to make an image more of an art project, sometimes the goal is just to clean it up.

This Merc looked great but there were a few distractions. Here’s the edited version

And here is the Original

This shot of The Toad from the Starliner show in Wichita, KS just felt like it needed a vintage vibe to it.

For only $15 shipped you can get the Limited Edition Poster, less than 20 remain!