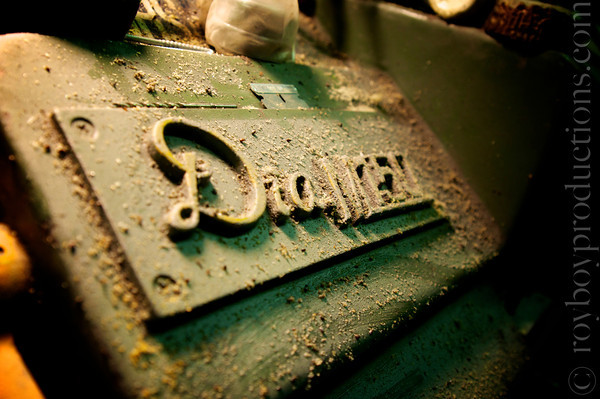 A couple of weeks ago I was in Wichita on a Saturday afternoon and I decided to finally head over to kustom/hot rod/general car guy legend Dave Stuckey’s. Some may know Stuckey’s name, he was the man originally responsible for the amazingly kool kustom “Lil Coffin” (read more about that here). Dave has been working for awhile on a couple of really cool projects, one of them being a somewhat drag version of Lil Coffin, not that it set out that way but there are some similarities in the overall design of the body. His attention to detail on this project is phenomenal. Lots of kustom touches on items that will never be seen by most people let alone noticed, some subtle, some not so subtle. I won’t show you too much of the car, it needs to be a surprise. Here are some shots of it.

Another project in the works is this coupe, he has a beautiful flathead built for it and is just waiting to finish the big project to get back on it.

Here’s a shot of my favorite version of the Lil Coffin on an old Starliner poster. (More info on the upcoming Starliner show) I’m hoping to be able to stop in more often and sit with Stuckey and a video camera so that he can tell you some of his stories in his voice. It’s part of project that I hope to spend more time on in the future, more on that later.