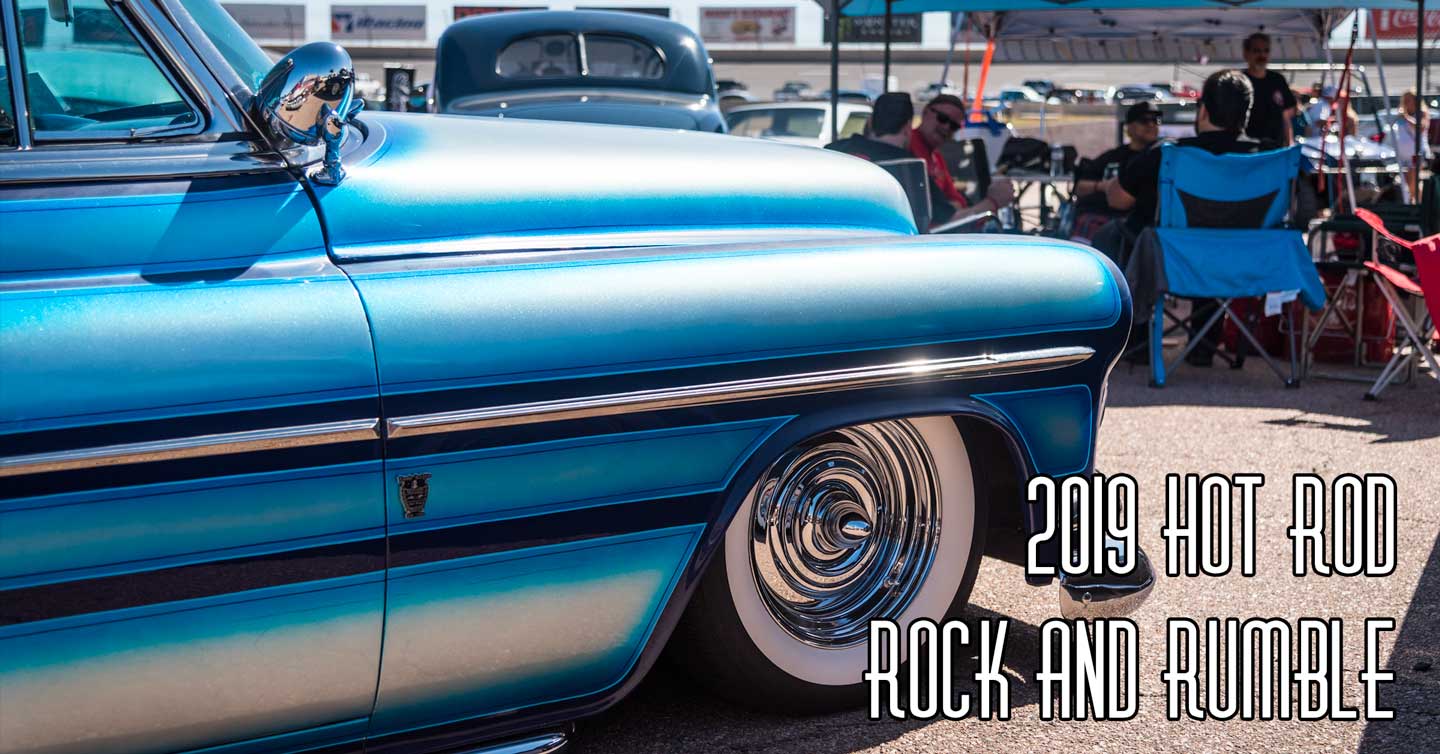 I seem to have a knack for missing the first time a cool event happens. This time I’d missed two instances of the Hot Rod Rock And Rumble held at Pikes Peak International Raceway, although I had a great reason to miss the first one as I was in the middle of the 48 Cars 48 States trip. Last year… Yeah I didn’t have much of an excuse.

So this year when my friend Rob, who helps put the event on, invited me out, I made plans to be there. A smarter man would have planned ahead and spent the week between the the Hot Rod Hill Climb and the Hot Rod Rock And Rumble in Colorado, however I’m not a smart man, and I didn’t have any vacation left. So 5 days after I drove home I headed back west again. This time I was headed for PPIR south of Colorado Springs.

The show is packed with things to do, if you’re bored at this event, it’s your problem. Cars started rolling in at 7am on Saturday, with bands on 3 stages, drag races, pinup contests, vendors, poker runs in the track infield, burnout contests, flame throwing contests, and a ton more running well into the night, it’s a long fun filled day.

Sunday morning a skeleton crew of cars and owners showed back up for a small prayer and some breakfast. It was a last couple of hours of hanging with my Lonely Knight Car Club family. So I said my goodbyes and took off, heading my own way instead of rolling with my club brother Matt Murray. Matt lives in Goodland and I was determined to take the same shorter route that I’d taken on Friday. About 5 miles into it, my temp gauge was rising fast and steam was pouring out of the engine compartment.

The steam was just the coolant finding the easiest way out of of the system. An expensive but cheaply made thermostat housing had warped and the gasket blew out. I poured in all the extra coolant that I had in the trunk, and yes I travel with at least 2 gallons, and I nursed the car back to the track. I had just enough momentum when I shut the engine off at 225degrees to coast back in to the area where the club had parked for the weekend.

The hood came up as the remaining LK members came over to watch the waterfall cascading off of my timing cover and on to the ground. 30 or so minutes later it was time to get into it. Zach Cline showed up, tools in hand, as my only tool kit inexplicably didn’t have a ¼” ratchet in it. Zach is an awesome fabricator and mechanic, and as easy as this problem was, I figured why not let another set of eyes look at it? Matt was already down the road a bit and turned around so that I could follow him at least half way home, he had stuff to do but put it on hold to make sure I was good.

We tried some liquid gasket maker and waited about an hour for it to dry. Poured some water in and watched it run right out onto the ground again. Out came the razor blade again and off came the housing again. It looked like the thermostat had slipped and kept the housing from sealing so it was all cleaned and another attempt was made. Another hour later and the coolant jugs had been filled from the showers in the infield garages and it was time to test it again. Nope. Same thing as before.

Somewhere in there my dear friend Malana showed up with some gasket material and RTV.  So the plan was to get the housing flat again and try it with a gasket. A straight edge was found and a file to score the aluminum so the warp could be seen easier as the housing was surfaced. Concrete would have to take the place of sandpaper, between the pavement, a k-rail and a cinderblock wall, the housing was planed back flat-ish again. A new gasket was made, then installed with the RTV and our fingers were crossed. The RTV said to wait an hour then tighten the bolts then wait 24 hours…. that wouldn’t work. An hour later we had the bolts tight and the water flowing into the upper radiator hose. And it held.

I fired the Galaxie and headed across the infield of the track. The temp came up to 177, then dropped back to 174, the thermostat was opening and closing, pressure was building and the seal was holding. I rolled the Galaxie up on to the track and pushed her a bit to see what would happen.

30, then 40, then 50 miles an hour, my eyes going back and forth between the speedometer and the temp gauge. All seemed well, the gas pedal went down further. As I rolled around the track my mind went to the racing history of the 63 Galaxie Sports Roof, the win at the Daytona 500, the avalanche of wins across the season that year. This car was literally designed for this. In my head I was Tiny Lund in his Wood Brothers built winner, or Fred Lorenzen, and this was a Holman Moody prepped stallion lapping the famed high banks of Daytona, battling for the lead. Or…. I was just in a 63 Galaxie and running about 75 mph around a track by myself.

All was well as I rolled back into the infield, seeing my club brothers and sisters faces, they were all watching the front of the car for leaks. I rolled out of the Galaxie and gave them a questioning thumbs up. I guess it’s okay, I looked at Matt and said, lets get going!

We said our goodbyes again and rolled. As we headed up to Colorado Springs on the interstate my eyes continuously darting nervously back to the temp gauge. 180, 183, 185, stopped in traffic, 186…. rolling again…. and the temp dropped back to 183. Timidly relief crept in, maybe this might work, only 422 miles to go.

As we left the east side of Colorado Springs the traffic got less and less and the temp gauge dropped down to 180. By the time that we were 50 miles down the road out in the open ground on the way to Limon, things were looking good.

In fact, things were so good that the rest of the story is boring. I got home without trouble 7 hours after we left the track. It was 11:30 Sunday night and I was beat. Thanks to everyone that stayed around to be sure I was good to get on the road, especially Zach and Matt. The Lonely Knights CC is a good group of folks and I’m honored to call this club family.

Some say ‘why don’t you put a modern engine in, something that is less likely to cause problems?’ I say break downs and the stories that they create are as important as the journey and the destination.

Drive old cars, occasionally break down, get back on the road, repeat. Take it all as part of the adventure and just live. 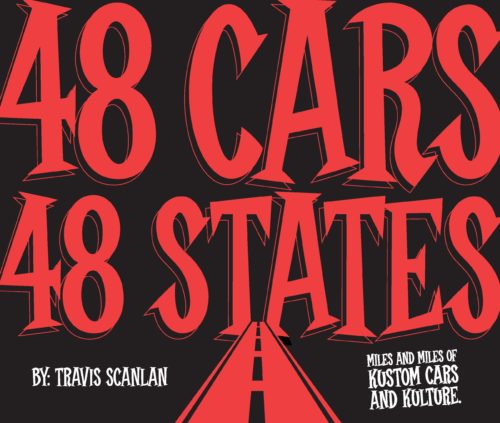 SLIDE SHOW OF THE GALLERY