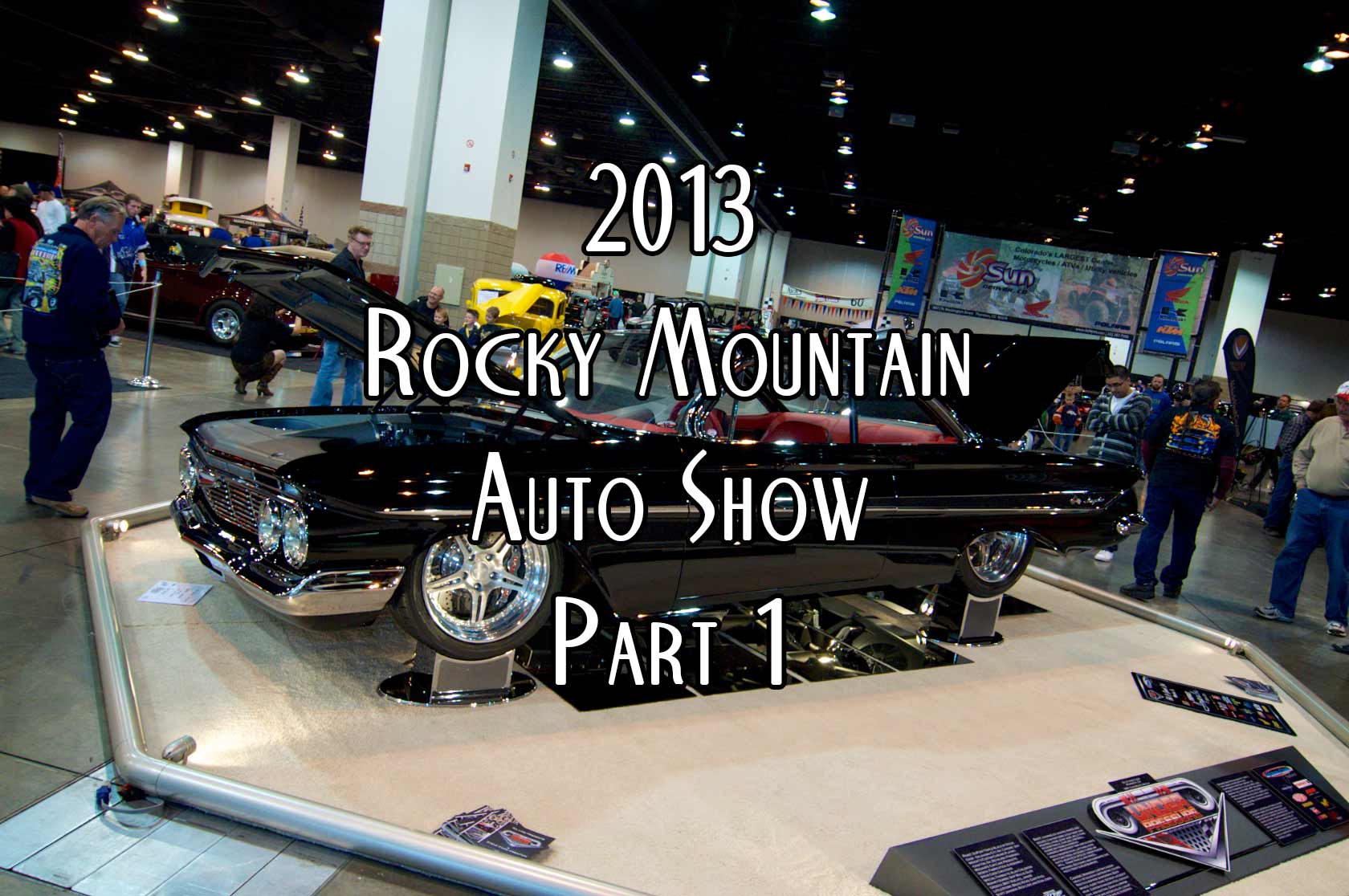 For a couple of years I’ve been hearing about the Rock Mountain Auto Show in Denver, CO over Thanksgiving weekend, 2013 was finally the time to make it up and check the show out. One of the voices telling me of the show was my friend photographer Dan Greenberg, and once I saw that my friends from the Hot Rod Hill Climb were going to do a display featuring a bunch of the cars that ran the hill climb this year, I was all in.

Waking up at 5:30 am I rolled out for the 6 hour drive west on I-70 for the Colorado Convention Center on the south west side of Denver’s downtown. As soon as I arrived I ran into a bunch of friends from across the midwest, including Dan who had a lens for me to experiment with. I’ve been considering buying a certain lens and he had an older version of it and was kind enough to let me test his out. Thanks Dan! Here’s the first batch of photos from the event, click on any of them to go to the entire gallery. This show had a lot of quality cars that aren’t of the traditional or old school flavor but they were new to me and hopefully new to you so I’m including them in the coverage. Thanks again to my buddy Dan Greenberg, please go check out his photography on his pbase page here!  Buy some of his fine art prints while you’re there!

To see the daily Monday through Saturday blog posts in your email inbox as soon as they go live go to the top right hand corner of royboyproductions.com and enter your email address. On the last day of each month 1 subscriber will be randomly picked to win a prize, November’s prize was a rb Embroidered Hat. For December I’m working on getting a big bunch of prizes from different websites, including shirts, discounts and whatever else I can round up!